In membership import, the help text mentions that users can enter tab (literally those three characters) as “Import Field Separator” to configure it for tab-separated CSV files (see Screenshot 3 below). However, the system instead ends up using the single character t as field separator, which leads to some funny column titles (see Screenshots 1 and 2). Copying an actual tab character into the “Import Field Separator” field works to let the system recognize tabs.

Interestingly, this bug is not present in contacts import, whose user interface looks exactly the same as the membership import.

As visible in Screenshot 1 and Screenshot 2 below, the cells (column titles and content) are split at every occurrence of the character t.

Cells (column titles and content) should be split at every occurrence of a tab. For example, the first column should be “id”, the second “Mitgliedsnummer”, and not “id Mi” and “gliedsnummer Ti”. 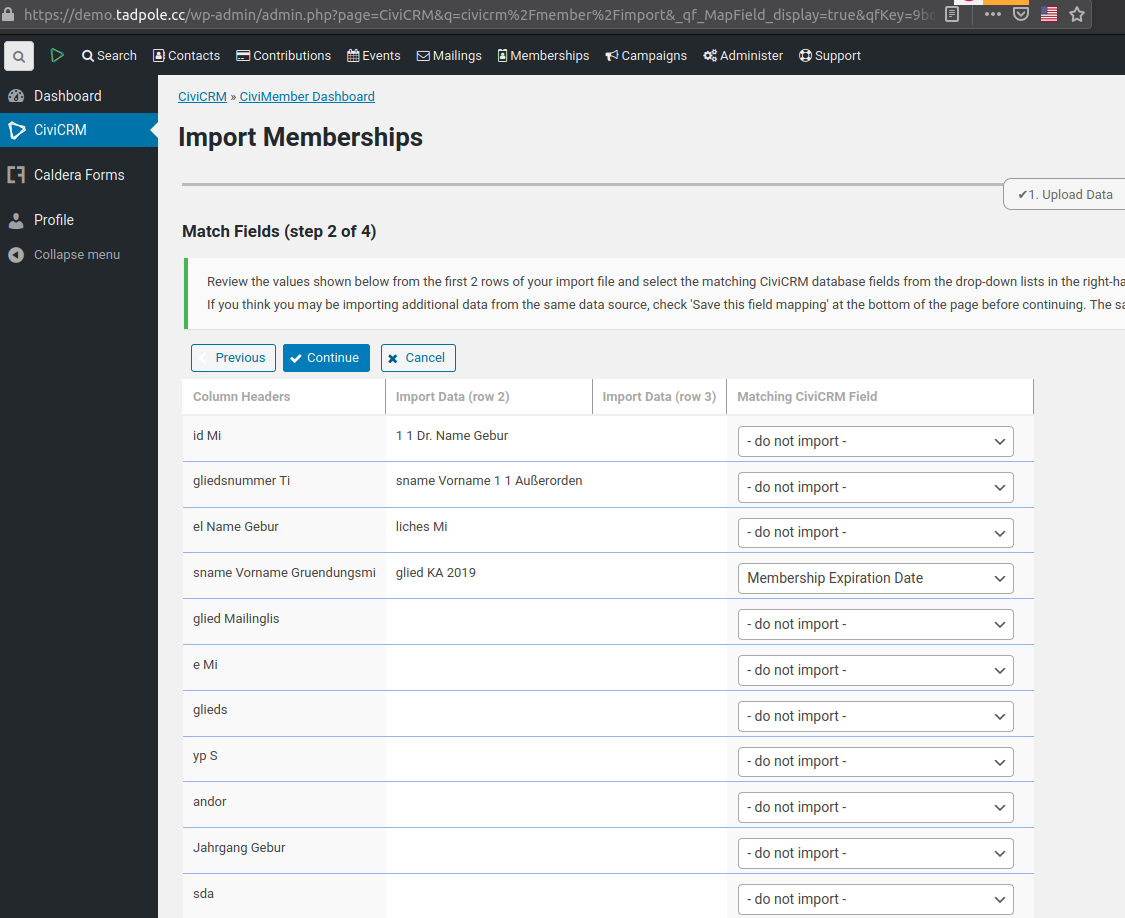 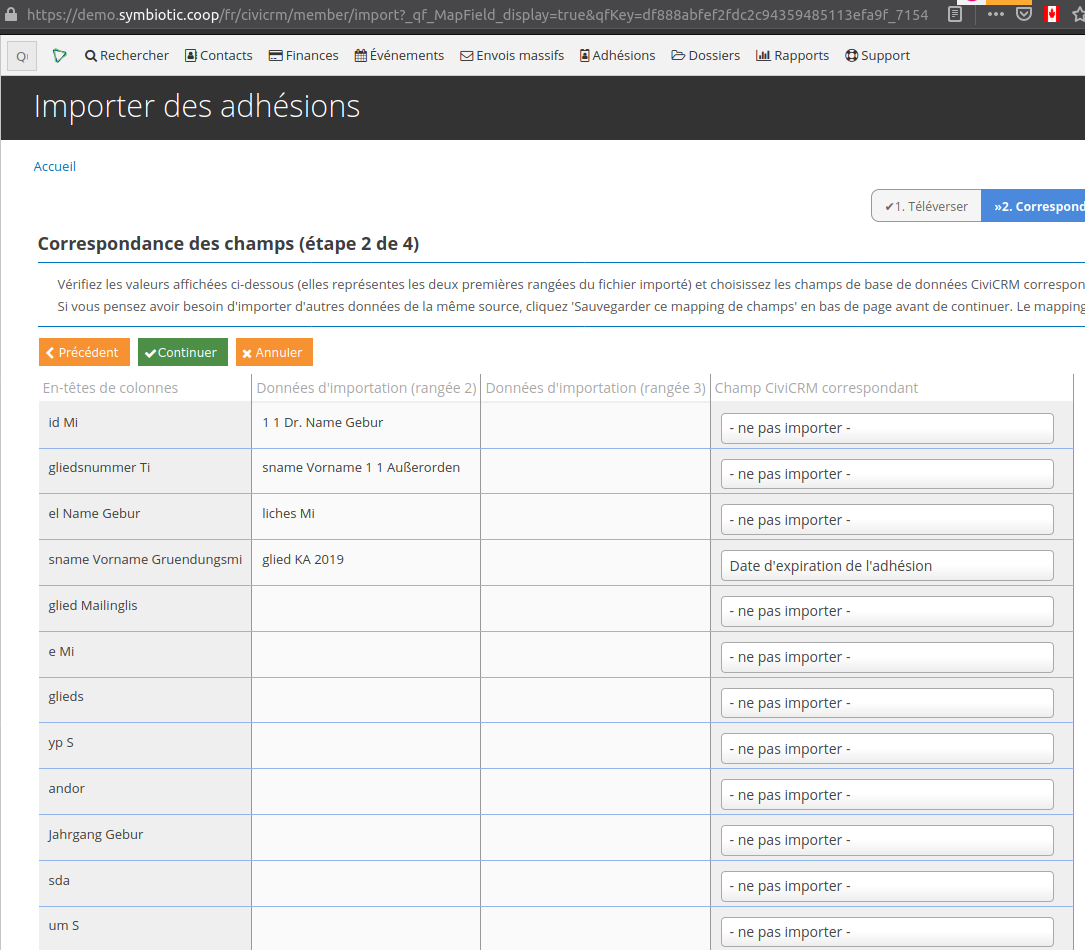 Screenshot 3: This shows the help text mentioning "tab" (without quotes):

The https://demo.symbiotic.coop demo instance is not displaying its exact CiviCRM version number. Maybe they could add this?