Unlike other web voting systems which try to settle decisions only via a total number of votes, Loomio was born out of the consensus-decision-making systems used by its developer, New Zealand's Enspiral. In consensus-led decision-making, the goal is to get as many people on board with a decision as possible (the details vary - in some instances, everyone must agree, in others, it needs to be a high percentage, in others just a majority, but with no blocks). As a result, as a voting system, it introduces a few key ideas with which you can structure polls: you can abstain, you can change your vote, seek clarification, and offer the ability to 'block' - and discussion is threaded throughout the voting process.

Anyway, I noticed that Version 2.0 has just come out and thought, given the wider question of bringing more community participation into CiviCRM decision-making, as well as the question of how people who can't/won't/shouldn't fly around the world to summits can ensure their voice is heard, is it something we should be exploring for CiviCRM's bigger questions? (such as CIVICRM vs civicrm vs Civicrm vs CiviCRM :)

It's FLOSS, and while there isn't LDAP yet so it could integrate seamlessly with Gitlab and Matter, there does seem to be a fair amount of demand for that. Also, FWIW and IMHO, a Loomio/CiviCRM bridge would be pretty app[ealing for any membership organisation trying to increase governance/participation. 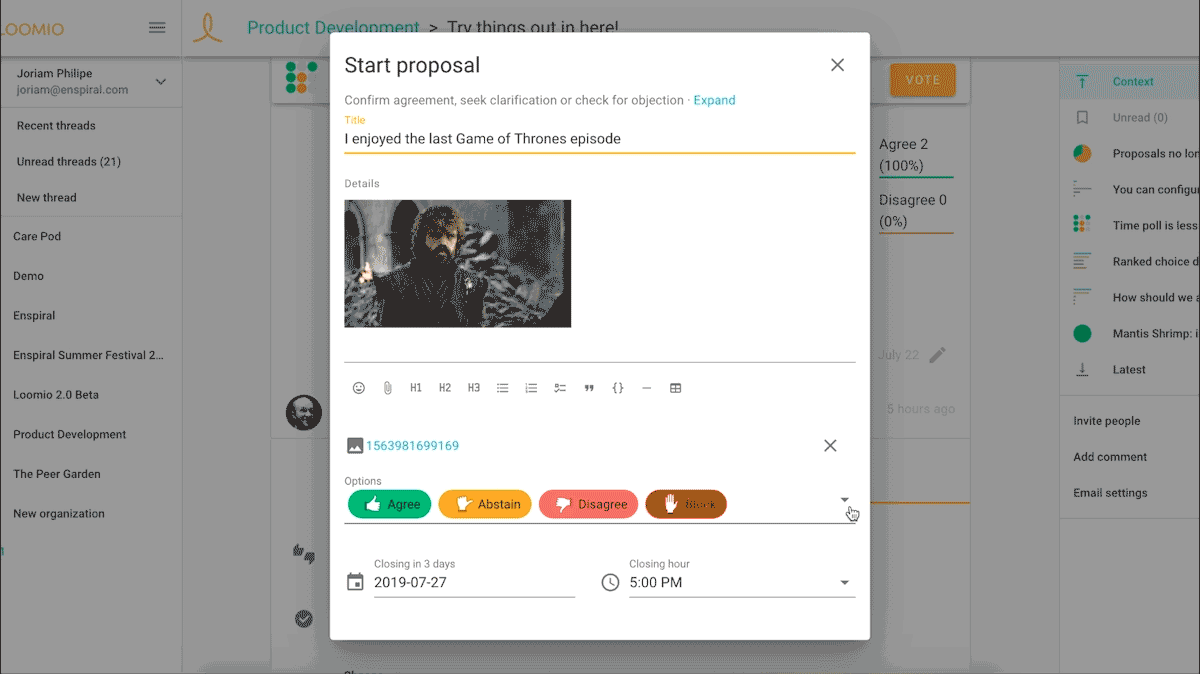 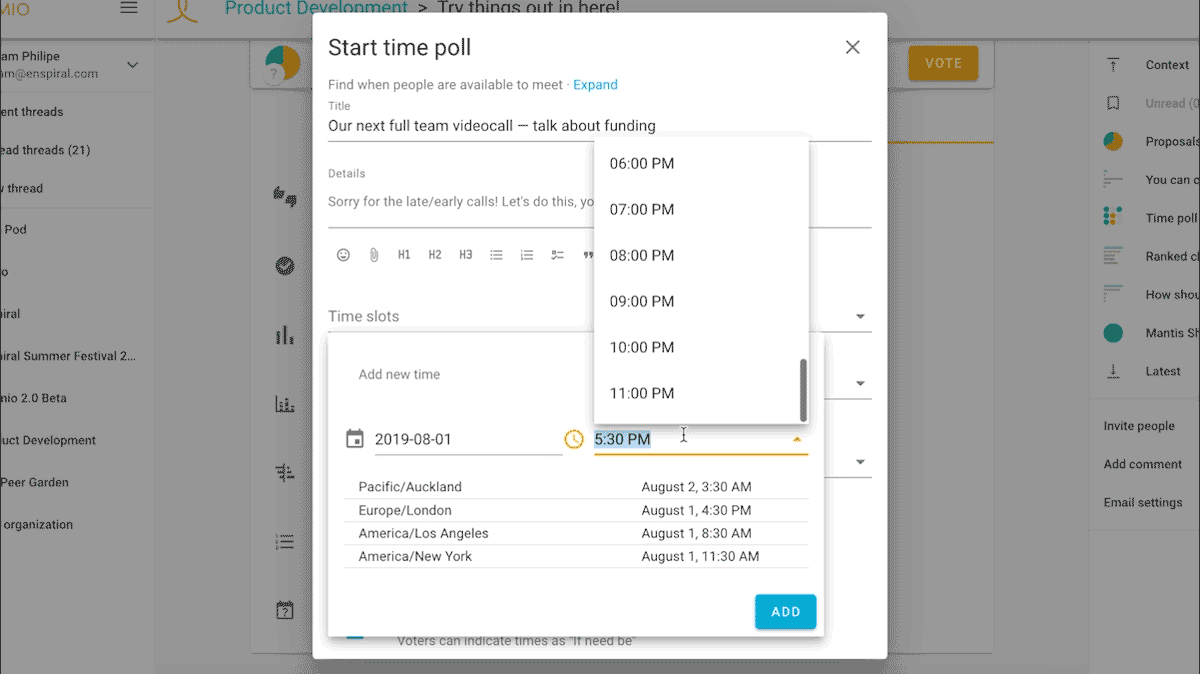